I tested positive for Covid19 on the second week of April.  I felt a Scarlett Letter, the letter “C” —  appearing across my chest as I set about informing people I’d been in recent contact with.  I wasn’t in a rush to share the news with everyone, knowing full well it was my duty to do so..
I thought about the old folks. 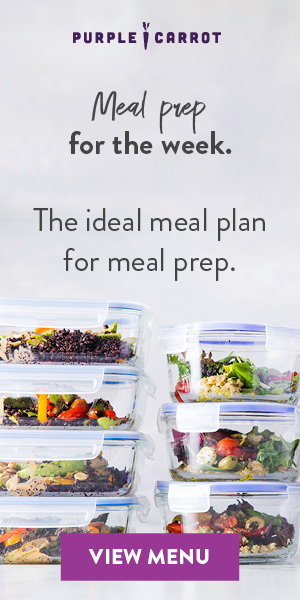 The human design lacks a good exit strategy.   Under the best of circumstances we wither away before our own eyes. I thought about my 86 year old mother and 92 year old father. Let me take a few steps back… With the exception of their work, my parents spent every moment together throughout their 67 years of marriage. They had an unspoken pact that they would exit this world together. After several years of moves: from their home to independent and then assisted living facilities they were most recently being seen by hospice, with a CNA round the clock. The space that had been good for them in their final years was no longer the appropriate place for their final months and days as they prepared to “move to Tahiti to take up belly dancing”, my euphemism for dying.

I located a condo in the building where all three of my adult children have apartments and we moved my parents in the first week of February. The light in the views of Biscayne Bay, the extra space and the company of my children and me gave them new promise. My dad wanted to use the gym and swim in the pool. The best we can do for our loved ones is everything we can.  My father died six days later. My mother stayed with us a few more days, enjoying peace on earth with my father at rest. My daughter rubbed lavender oil on her hands and feet as I played her favorite songs on the guitar. We buried my dad and my mother died the morning after his funeral, on Valentine’s Day.  Sorrow comes when someone leaves before their time or another begs for more life. Such was not the case for my parents. They were ready to go and therein lies the grace of their passage.

I had no way of knowing at the time what a momentous blessing this chronology really was. The nights of shiva, where friends and family gathered to remember my parents, to share stories and philosophical musings, were the last evenings of unrestricted gatherings I would know for some time.

I tied up loose ends and set out on my plan to “get out of Dodge” for a while, with a trip to NYC and extended adventures through Australia and New Zealand. Among other things during my week in NY, I was set to attend the “Love Rocks” Concert to benefit “God’s Love, We Deliver”, a charity that home-delivers  daily meals to 8,600 people annually who are too sick to shop or cook for themselves. The concert was to be held at the Beacon Theatre on the upper west side on March 12th. That very morning new restrictions were announced by Gov. Andrew Cuomo as the number of infections in the state had tripled since the weekend.  Ticket holders were instructed not to come to the theatre as organizers ripped into overdrive, securing and assembling equipment for a world wide, livestream within a few hours time, basically pulling off the unpulloffable. Friends and family rocked out at a social distance to Dave Matthews, The Black Crowes, Cyndi Lauper, Marc Cohen and several more in an otherwise empty three thousand seat venue and the world caught one hell of a show for the first and only time it would be broadcast.
The world I knew was unraveling with each passing hour and I’d cancelled my 5 week restorative adventure. I sadly headed home. The exhaustion set in a few days after I returned to Miami. I slept through the better part of a week, ate very little and was feverish with chills on and off throughout. I couldn’t locate my thermometer but the fever wasn’t epic so I took care of myself and after about 6 days only the lethargy remained along with a basic inability to focus on anything.  Because it was still relatively early with very few cases in Florida, I attributed my malaise to the intensity of the recent years and last months caring for my parents- plus the chaos and hardship I was following  in our world.  It didn’t even occur to me that I’d experienced Covid19 until weeks later when I learned that one of the symptoms was a loss of smell. My Killian perfume-usually so strong- had no scent at all. THIS could NOT be right. I finally put it together, got the swab the back of your brain test and sure enough it came back positive. The virus stayed in my system for nearly a month after I was symptom free and on my third try my test results came back negative, and antibody test positive.
During the quarantine I kept up with the news, learned new music, wrote, exericised, cultivated my garden, experimented with new concoctions in my kitchen-some of which were amazing, a few that were not. I re-organized what was already organized and read books.  I’d kept my library well-ordered in categories according to the type of literature they fell under. One late evening I decided I HAD to color code them. Now my library is aesthetically pleasing but I have no idea how I’ll find anything.

As the initial shock of our world’s crisis wore off, I settled into the routine of waking, making the best use of my days and retiring at night.  I’d lost both of my parents at once and had been infected with the Covid19 virus that had claimed the lives of people younger than myself. I thought about life in terms of fragility and purpose. I began to regard this time as a personal retreat where I could reflect- take my own inventory. I thought about what genuinely mattered to me and equally importantly, what did not. I spoke with friends but mostly kept to myself, to converse with myself and  really listen. If there were any parts of myself I wished to reinvent, here was an exquisite opportunity.
I thought about all I would have ordinarily been busy with- some of the places I’d go, people I’d see, activities I’d be involved with. In the quietude of my days and nights I saw that many of these things were distractions which didn’t matter at all- certainly not worth the determination I afforded them.
I felt the surge of the new promise that must have been what my father felt, wanting to go to the gym, or swim in the pool. I sought inspiration.  If today was my last day how would I spend it?
I’d been carrying the weight of the status quo, when other things calling to me were far more interesting. I started to free up my schedule and space in my mind for those things that make my eyes widen and heart beat faster.  In response to our lockdown, a world of new on-line opportunities have been created. I can save the time it takes to drive everywhere, find parking, I could conserve fuel and the stress of traffic. Many new adaptations have become available for us to streamline how we go about our lives. Home, it turns out, is where I’m am most productive and creative. I can relax into this and not race around as I did before. As humans, our nervous systems weren’t designed to to do everything that progress and technology presents us with- the preverbal blessing and curse all in one.  I thought about repurposing my precious energy.
I’m hopeful that we will all re-emerge healthy and whole from quarantine, with gratitude for our options and a deeper compassion for those who don’t get to have choices as we do- and are struggling in unprecedented ways. How can we best serve our families while filling up our own cups? How can we become even more attuned to the needs of our local and global communities? What is a life truly well lived? I trust my intuition more than ever and I thank my parents, may they Rest In Peace, for these kinds of contemplation are the kinds of conversations that we had and our parting in retrospect, was divine. I still check in with my parents’ friends who are living in a world from which my parents were spared.
Perverse though this may seem, when I have a tough decision to make I often fast forward to the moment I am about to “Move to Tahiti to take up belly dancing”.  Is this something that will make me proud and matter in the biggest picture? Whatever answer comes forward, I choose that.